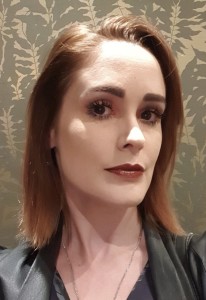 Fleur Rodway began dancing in Invercargill at age five.  At 16, she moved to Christchurch to study at the International Ballet Academy with Sherilyn Kennedy, Carl Myers, Russell Kerr and Sheryl Robinson.  After three years of full-time study, Miss Fleur decided to direct her energy towards ballet teaching. She completed the Royal Academy of Dance’s Certificate in Ballet Teaching Studies while studying towards a Bachelor of Arts at Canterbury University.

In 2012, Miss Fleur moved to Wellington to undertake further study at Victoria University. Her research at Victoria focused on the theatre, performance art and dance. She graduated in 2014 with a first class honours degree in Art History.

Miss Fleur has over 10 years of ballet teaching experience and is excited to be able to share her love of classical ballet and the intricacies of pointe technique with the students at En Pointe. 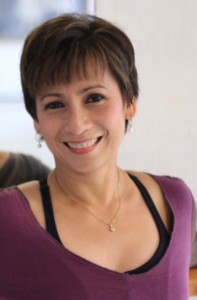 Gina Reid started dancing as soon as she could walk but only started ballet training at aged 18 with Tony Fabella and Eddie Elejar.  Her continued jazz training was with Marissa Aboitiz.  Miss Gina is a former principal with the Manila Metropolis Ballet and Fabella-Elejar Dancers, and traveled extensively as a member of the Philippine Baranggay Folk Dance Troupe.  Prior to her shifting to Scotland, Miss Gina danced briefly with the Philippine Ballet Theatre.

Miss Gina has taught ballet and jazz for many years whilst living in Scotland, teaching child through to adults and continued to teach the RAD ballet syllabus from Primary to Vocational when she shifted to New Zealand.

Having been teaching for many years, Miss Gina decided to undertake and successfully complete the Diploma in Dance Teaching Studies (DDTS) offered by the RAD, London to become a qualified Registered RAD Teacher.

Miss Gina would love to share her passion and wealth of experience for dance with her students ensuring that each and every student develops to the best of their potential whilst also experiencing the enjoyment dance brings. 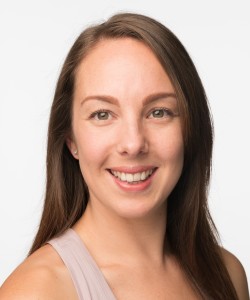 In 2007 Miss Gina moved to Wellington to study at New Zealand School of Dance as a contemporary major and was awarded the Katrina Todd Scholarship in her second year. Since graduating in 2009 she has freelanced as a dancer/performer around New Zealand, working with an inspiring range of creative artists and performers.

More recently Miss Gina has been working in the health and fitness industry as a barre fitness instructor and club manager, alongside teaching contemporary technique at NZ School of Dance. 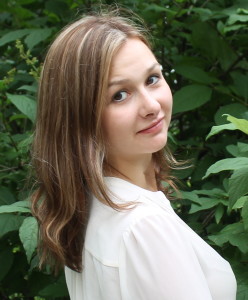 Although Classically trained, Alina has also danced Contemporary, Neo-classical and folk choreography. A career highlight has been performing the Classical Masterpieces that have inspired her in theatres around Europe, America, Africa, Asia, Australia and New Zealand.  Miss Alina is proud to share her experience and love for Ballet with the students of En Pointe.
“Ballet has taught me freedom through discipline, it has taught me about my own culture, other peoples and how we connect through Art.” 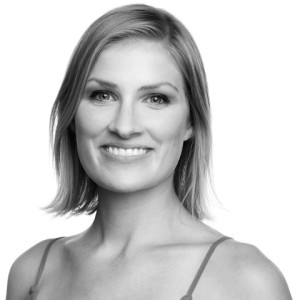 Born and raised in Vancouver, B.C. Kathryn Crawford has been dancing most of her life.  Miss Kathryn trained at the Anna Wyman School of Dance Arts under John Ottmann, while attending various summer programs on scholarship, including the Goh Ballet Academy, Banff Centre of Fine Arts, and Ballet British Columbia Summer Intensive.

Upon graduating,  Miss Kathryn was a part of the Ballet British Columbia Apprentice Program for 2 years, where she had the opportunity to perform featured roles in works by Emily Molnar, John Alleyne, Simone Orlando, and James Gnam among others. Following this she was offered and accepted  a place in the company.

She has also worked with companies such as the plastic orchid factory, Judith Marcuse Projects and had the opportunity to work with Melanie Demers, Louise Bedard and Austin McCormick while participating in the Springboard Professional Project in Montreal. Miss Kathryn’s career has taken her across North America and to Asia, where she performed in the Bangkok International Festival with Move: the Company. Miss Kathryn also had a principal role in the short dance film, ‘Time Before the Light’, directed by Ryan Copple. Kathryn’s choreography has been featured in Vancouver at events such as Dances for a Small Stage, as well as winning awards at competitions throughout the greater Vancouver area. Kathryn recently completed a bachelor’s degree in kinesiology at the University of British Columbia, focusing on injury prevention, anatomy and physiology. Miss Kathryn is a passionate and engaging tutor who continues to dance and share her love of the art form with students. 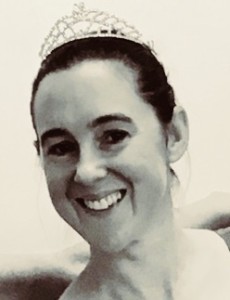 Toni Fraser started dancing at the age of 6 in the Hawkes Bay and continue until her early teens, then returning in her passion of ballet in her early twenties

Miss Toni is an IDTA trained ballet teacher and is working towards her RAD registered teacher status.  She also works as  an early childhood teacher, which has allowed Miss Toni to bring her passion for dance, movement and early learning together.

Miss Toni’s aim is to provide fun, interactive classes where children pick up the unique movements of ballet while also finding their own ways of expressing who they are through dance. 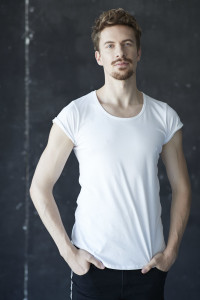